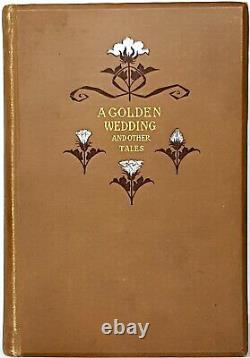 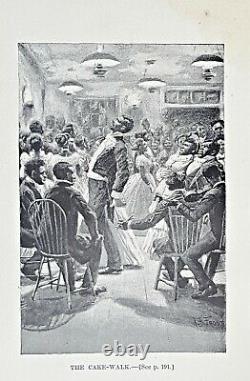 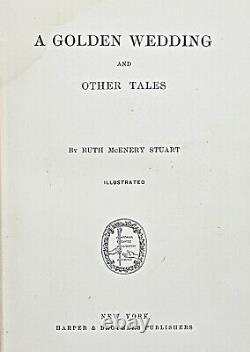 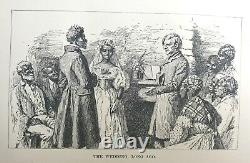 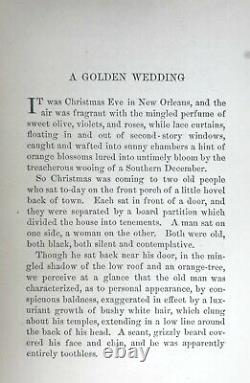 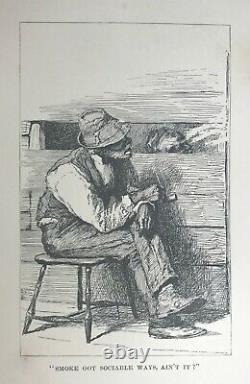 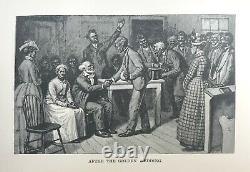 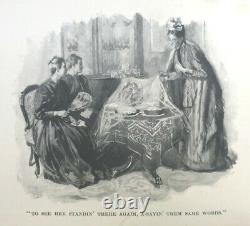 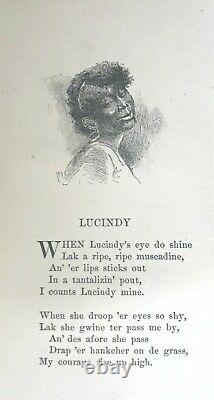 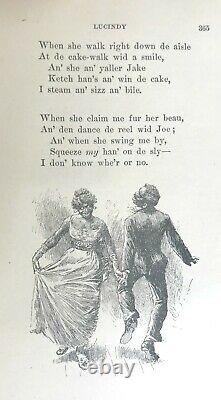 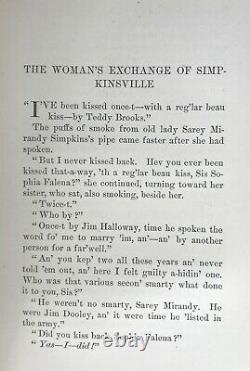 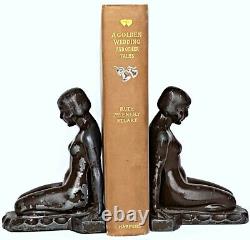 This sale is for an original 1893 FIRST EDITION of " A GOLDEN WEDDING AND OTHER TALES " written by Ruth McEnery Stuart. YOU'LL LOVE THIS BOOK!! This is the first book written by late 19th century-early 20th century Southern author, Ruth McEnery Stuart, who became well-known for her skill with writing successful dialect, particularly African American. T his is a collection of 13 short stories and poems illustrated with 8 full-page black-and-white drawings with accompanying descriptive captions. These stories are set in the southern Mississippi River region, mainly in Arkansas and New Orleans, and offer a great deal of local color and descriptive detail.

The book has been noted for it's extensive use of "accurate" regional dialect, however between the exaggerated speech patterns and illustrations, it handily casts its African-American characters as period stereotypes. Titles include A Golden Wedding, Christmas Gifts, Jessekiah Brown's Courtship, Queen Anne, and a poem Lucindy. Ruth McEnery Stuart (18491917) was an American author. Stuart began her writing career publishing stories and poems in magazines like the New Princeton Review and Harpers.

Between 1888 and 1917, she produced books, short stories, sketches, and poems and was also well-known for oral performances of her work. The Encyclopedia of Arkansas History and Culture characterizes her work as American local color writing that emphasizes regional characteristics in landscape, way of life, and language.

" But, while "contemporary critics acclaimed her as providing an authentic representation of African Americans, her treatment of blacks, which makes up much of her body of work, is problematic today. Her works include In Simpkinsville; Character Tales (1897), The River's Children: an Idyll of the Mississippi , as well as her most famous work, Sonny: A Christmas Guest (1896) and her last, Plantation Songs and Other Verse (1916). Published in 1893 , this book is in GOOD CONDITION!!! For its age and especially to be 128 YEARS OLD!!! And firmly bound with NO TEARS!

There is a light tide mark that runs through the book, as exemplified by the title and frontispiece illustration. This book measures 5" X 7 1/2" and is complete with 372 pages, including 6 pages of publisher's ads. GET IT WHILE YOU CAN!! Please see our other books too! The item "1893 AFRICAN AMERICAN WEDDING us slave BLACK DIALECT Southern Plantation SLAVERY" is in sale since Wednesday, December 16, 2020.