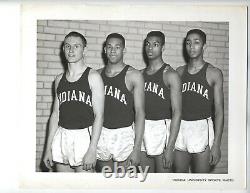 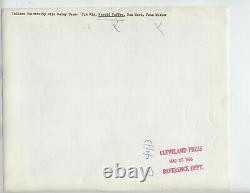 The Indiana University Research and Technology Corporation (IURTC) is a not-for-profit agency that assists IU faculty and researchers in realizing the commercial potential of their discoveries. Since 1997, university clients have been responsible for more than 1,800 inventions, nearly 500 patents, and 38 start-up companies.

Suzanne Collins - Author of The Underland Chronicles and The Hunger Games trilogy. Mark Cuban - Owner of the NBA's Dallas Mavericks. The Orville and The Lion King (2019 film).

Mina Starsiak Hawk-co-owner of Two Chicks and a Hammer Inc. And co-host of HGTV's Good Bones. Asher Cohen - psychologist and President of the Hebrew University of Jerusalem. Friedman - professor of Computer Science.

The University Medal, the only IU medal that requires approval from the Board of Trustees, was created in 1982 by then IU President John W. Ryan and is the highest award bestowed by the University.

It honors individuals for singular or noteworthy contributions, including service to the university and achievement in arts, letters, science, and law. The first recipient was Thomas T.

Solley, former director of the IU Art Museum. Indiana University President's Medal for Excellence honors individuals for distinction in public service, service to Indiana University, achievement in a profession, and/or extraordinary merit and achievement in the arts, humanities, science, education, and industry. [14] The first recipients were member of the Beaux Arts Trio on September 20, 1985.

Thomas Hart Benton Mural Medallion recognizes individuals who are shining examples of the values of IU and the universal academic community. President Ryan was the first to award this honor. It was first awarded to the president of Nanjing University on July 21, 1986. It honors individuals for distinction in public office or service, a significant relationship to Indiana University or Indiana, significant service to IU programs, students, or faculty, significant contribution to research or support for research. Indiana University has several ways to recognize the accomplishments of faculty.

The recipient is also the IU nominee for the national Campus Compact Thomas Ehrlich Award for Service Learning. This section does not cite any sources. Please help improve this section by adding citations to reliable sources. Unsourced material may be challenged and removed. Find sources: "Indiana University" - news · newspapers · books · scholar · JSTOR (December 2018) (Learn how and when to remove this template message).

The Mace, a symbol of authority dating back to medieval times, when it was a studded, club-like weapon that was made of iron and could break armor. It later would be used in processions of city mayors and other dignitaries and became an emblem of order and authority during academic ceremonies.

The staff of IU's Mace is 30 inches long and made of polished ebony encircled with four brass, gold-plated collars and entwined by swirled gold bands. Atop the staff is a globe of plated brass with four flat sides. The sides of the globe are embossed with IU's seal, the seal of the state of Indiana, the emblematic initials "IU, " and the donor inscription.

The Mace was presented to the university by Indiana Alpha of Phi Delta Theta in 1949. Mounted on the globe of the Mace are 12 large synthetic jewels of blue sapphire, ruby, garnet, and topaz. Atop this rests an eagle with outstretched wings. The Jewel and Chain of Office are worn by the university president at ceremonial occasions. The Jewel of Office is handcrafted of gold-plated sterling silver and precious jewels.

Each part of the design has a symbolic meaning that reflects IU's historic origin and educational mission, noting such things as the number of states in the Union when the university was founded in 1820 (22 states), the year Indiana became a state (1816), and the years that mark IU's evolution from a seminary to a university (1820, 1828 and 1838). The jewels in the item include emeralds, sapphires, topaz, rubies, and diamonds. The Jewel of Office was presented to the university in 1946 by the Pi chapter of Beta Theta Pi. The Chain of Office was donated to the university in 1958 by the Lambda chapter of Sigma Chi. The chain is handcrafted of gold-plated sterling silver and contains 44 linked panels, eight of which are engraved with the names of the presidents who have served the university since the Jewel of Office was first worn as the symbol of the presidency.