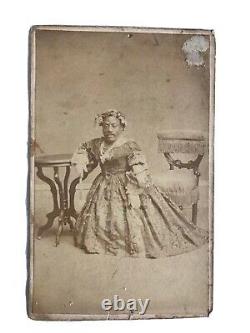 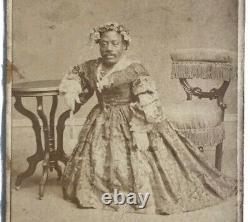 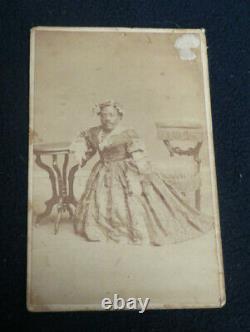 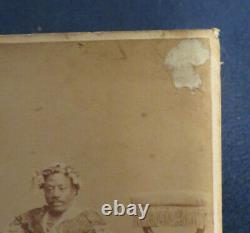 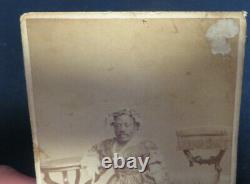 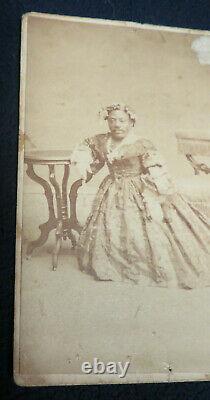 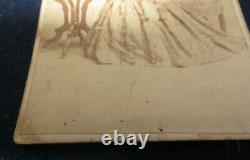 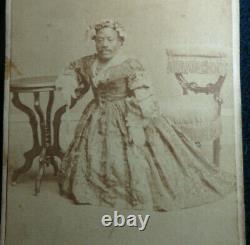 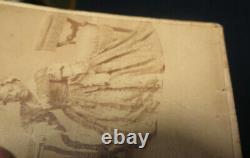 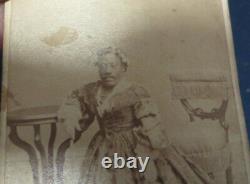 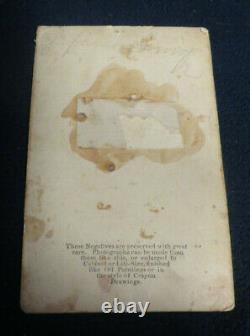 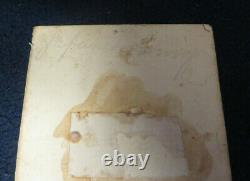 Up for sale is this estate fresh, rarely if never seen example of a circa 1860s CDV photograph of Thomas "Japanese Tommy" Dilward in drag. Dilward is dressed fully in drag, wearing an extravagant dress with layers of lace ruffles and ribbon. The look is completed with white gloves, pearls, matching bonnet, and folding fan.

A truly remarkable image of Dilward, known to have frequently performed female roles while in drag. He and William Henry Lane were the only black men known to have performed with white minstrel companies before the Civil War.

Dilward sang, danced, and played the violin, while also often performing female roles in drag. His stage name is possibly derived from the arrival of the first Japanese Embassy delegation which arrived in the United States in 1860, right when Dilward was known to have begun performing. A young man named Tateishi Onojiro????? " His charming exploits were covered extensively by the press and it is possible that Dilward adopted "Japanese Tommy as a stage name to capitalize on the press while also concealing his own race. Tommy began his career with Christy's Minstrels, likely as a response to General Tom Thumb performing in P. Evidenced as Dilward was occasionally billed as The African Tom Thumb.

He would go on to perform internationally, traveling in 1866 to Liverpool with Sam Hague's Georgia Slave Troupe and to Europe and Australia with Charles Hick's Georgia Minstrels. In an advertisement in the. (Maine) on September 14, 1871, Morris Brothers' Minstrels tout, Also first appearance of Japanese Tommy in America in five years, he having been engaged in Europe by the Morris Bros. Japanese Tommy will appear at each performance in his Great Specialities.

" Undoubtedly, Dilward was initially employed by white minstrel troupes as a "curiosity, however, the fact that neither his race nor his height is mentioned in later advertisements such as these is proof that his reputation as an entertainer was enough to earn him a headlining spot, and a generous salary, to boot. Condition: (please see photos) The CDV is estate fresh and has a few condition issues, there is wear and staining to the front and back of the card.

The top right front corner of the photo has some paper residue over the image, there are small pinholes in the top and bottom center of the image near the border, there are some small indent specs at the bottom, there is an indented line / scratch coming from the bottom center up to the right arm of Dilward, there is wear and staining around the edges, the back in pencil the image is identified as Japanese Tommy, there is glue residue on the center back with an attached square piece of paper possibly from being pasted into an album. Please see photos and feel free to ask any questions you may have. Dispite the condition issues the image is still clear and presents nicely.

This CDV photograph would make an excellent addition to any collection. This item is in the category "Collectibles\Photographic Images\Photographs". The seller is "jessiebaby13" and is located in this country: US. This item can be shipped worldwide.